Astravas is a borough of the city of Biržai, which is situated on the northern shore of the Širvėna Lake at the River Apaščia.

In 1811, the Duke Dominykas Radvila sold the estate of Biržai to the Count Mykolas Tiškevičius, but only in 1844 after prolonged litigation the fact was validated legaly. Unwilling to rebuild a ruined fortress, the new owners decided to build a mansion-house on the opposite shore of ŠirvėnaLake. In 1862, counts of Biržai have built a two-storey palace with a belvedere on the top of the building. A Neoclassical palace built in the style of Italian villas is one of the most magnificent manors of Romantic era in Lithuania. Besides the palace, the manor complex included stables, a dog-keeper’s house, a mill, numerous outhouses, and a dam-bridge built in 1860, which retained the waters of Širvėna Lake until 1986.

Decorative sculptures of lions brought from Sankt Petersburg that stood at the entrance to the manor were replaced with cement copies, with the original bronze sculptures being moved to the Vytautas the Great War Museum in Kaunas in 1938. The manor complex had a large classical park with many tiny artificial lakes. The palace housed a large portion of archives of the Radvila and Tiškevičius families, a library with collections of books (15th – 17th centuries), archaeology, ethnography and art items, before being transferred to Vilnius and Paris at the end of 19th century and the beginning of 20th century.

In the 20th century, Astravas Manor has been used for various industries. In 1924, a dairy was opened, soon to be replaced by a factory of burlap bags and packthreads, and, in 1930, by a linen factory Siūlas, in place until now. In the years 1956 to 1965, Astravas palace and a major part of the park has been restored and renewed. In 1987, the footbridge across the lake between the manor and the city has been rebuilt.

Astravas manor bridge - dam. The bridge - dam was built in 1860, until 1986 it kept the waters of Lake Širvėna. The arched dam was built in Astravas in 1860 by Count Jonas Tiškevičius. In 2005, it was restored. The Astravas bridge - dam is added to the Register of Protected Cultural Values as a part of the Astravas Manor complex. There is currently a new dam that is in use and the old one is preserved as a cultural heritage. However, some Širvėna Lake water still flowing through the old dam. 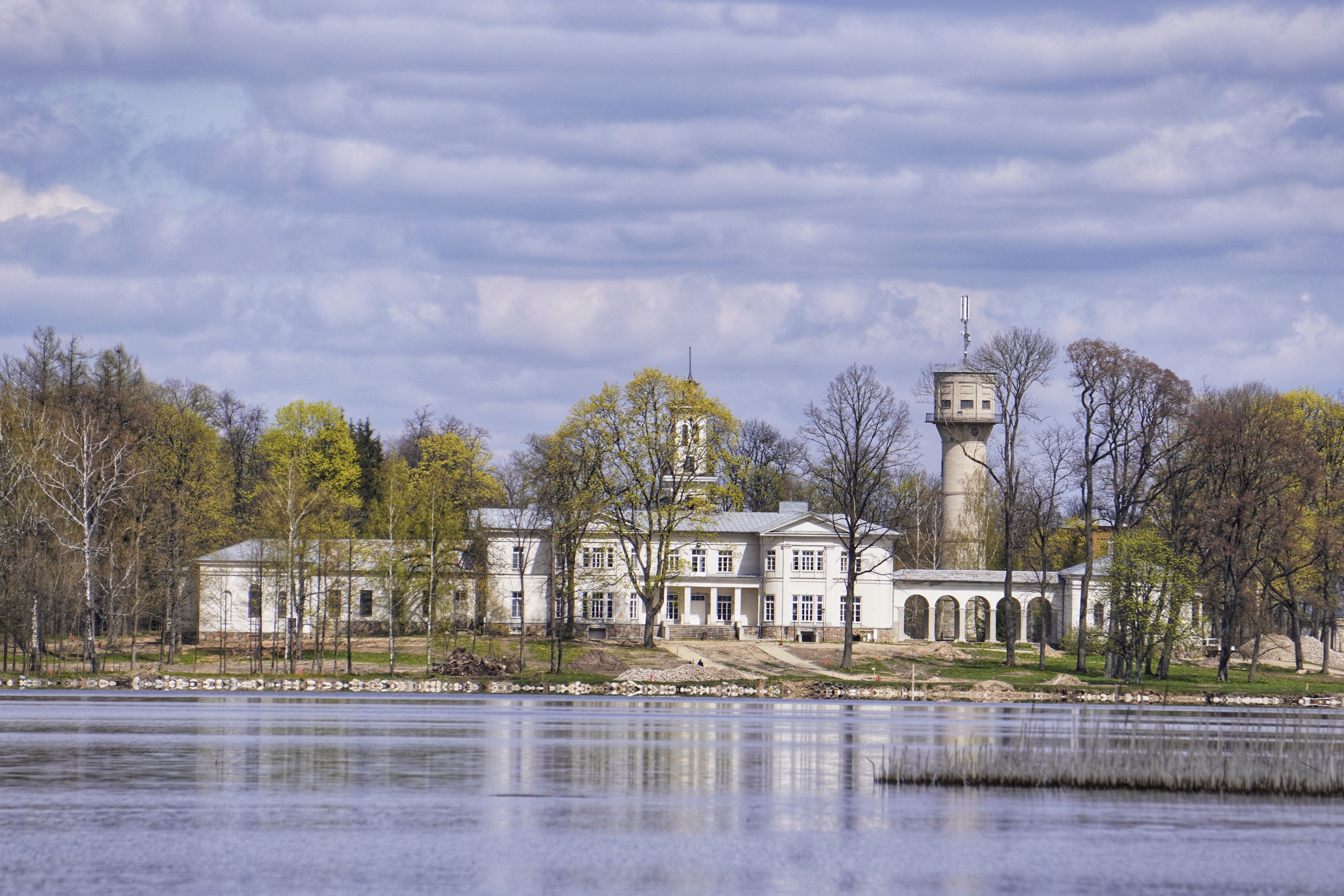 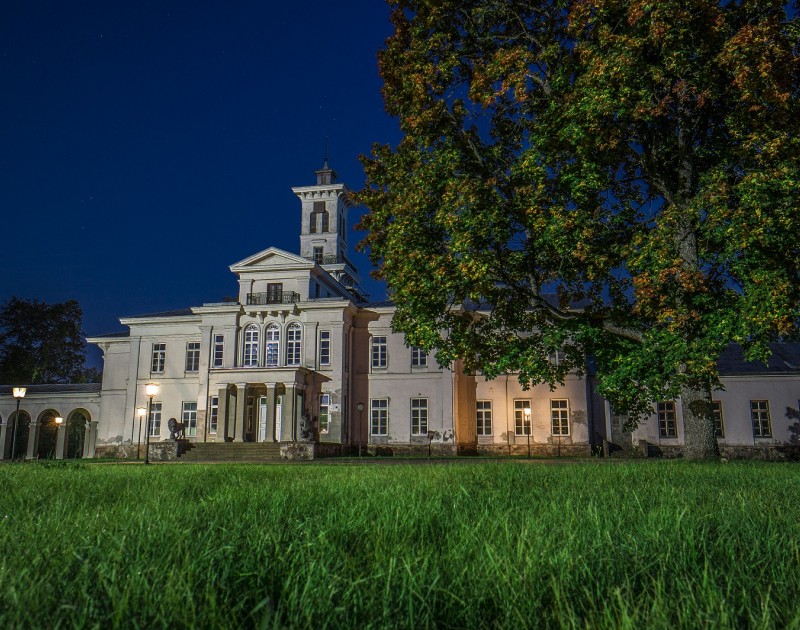 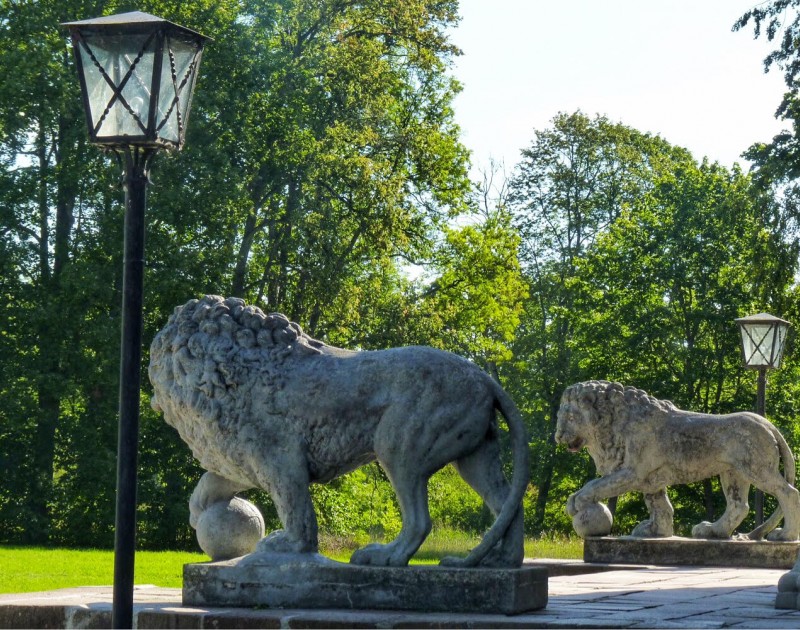 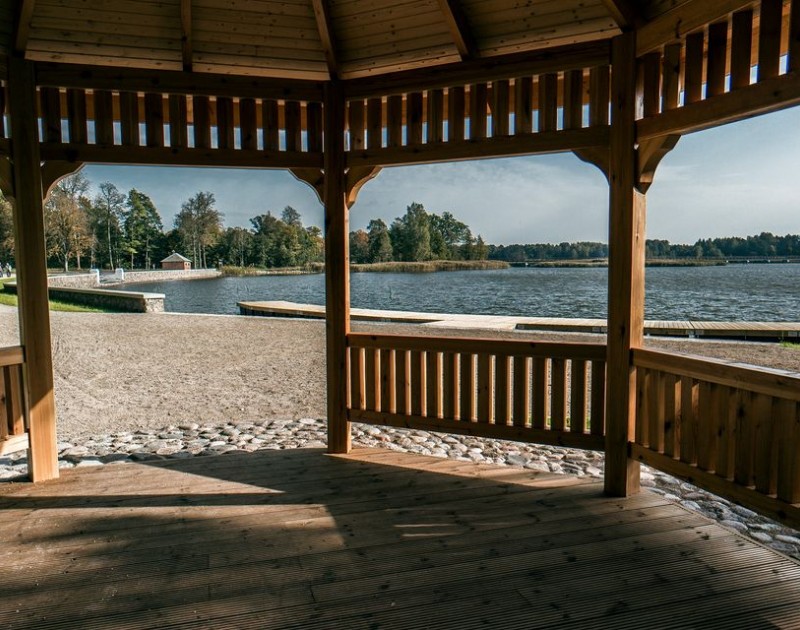 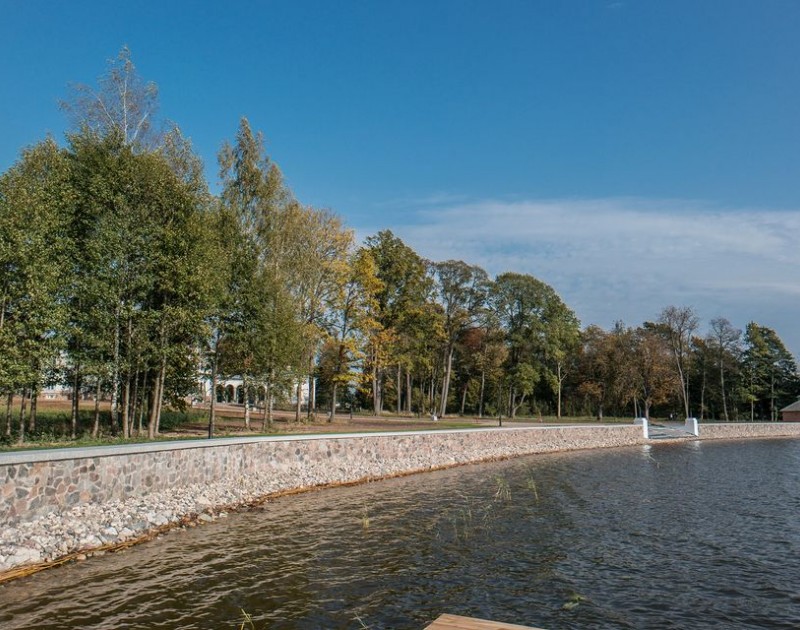 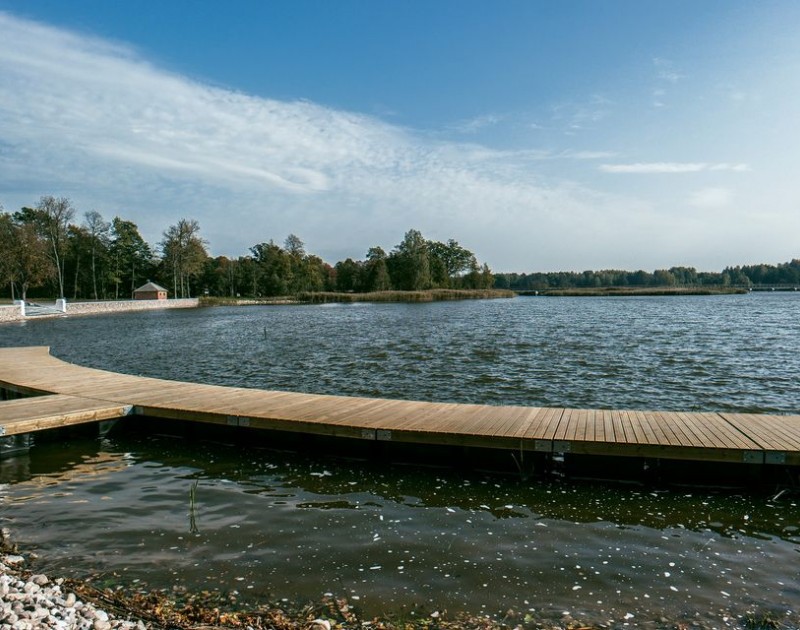 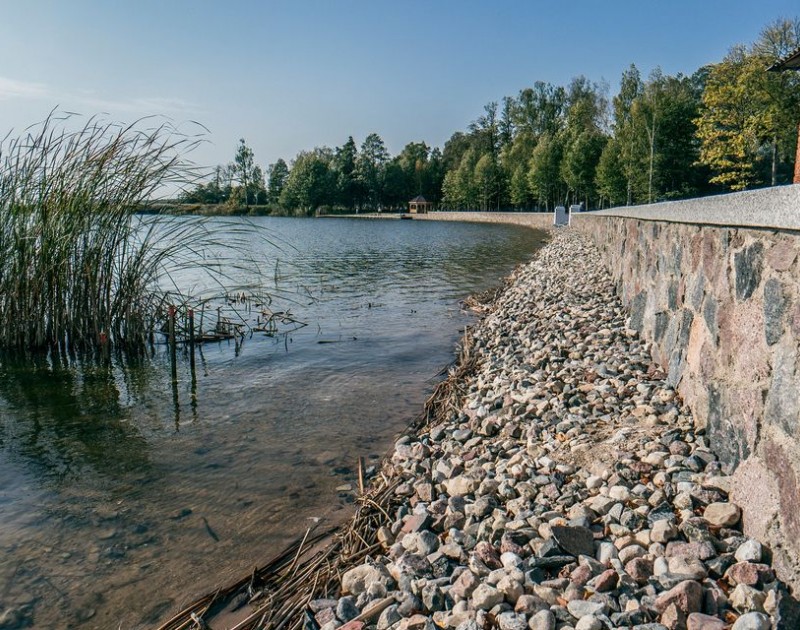 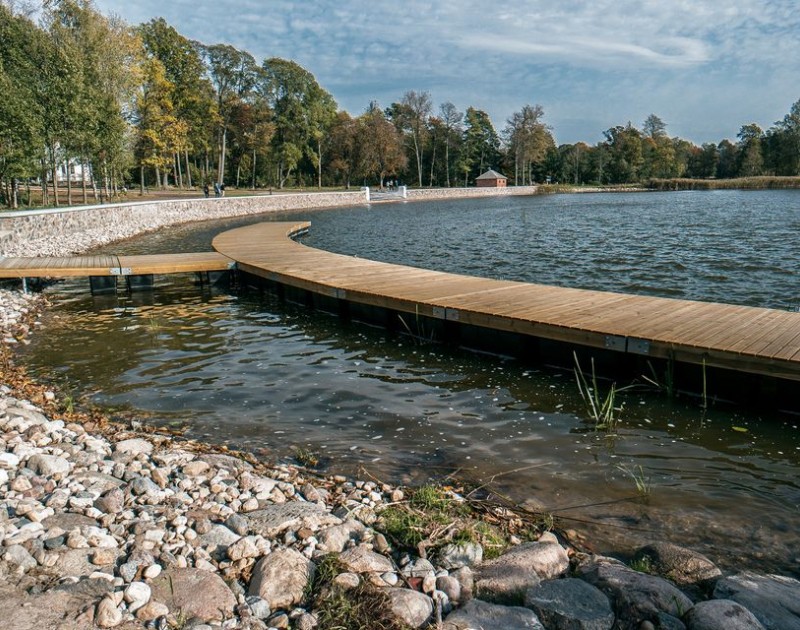 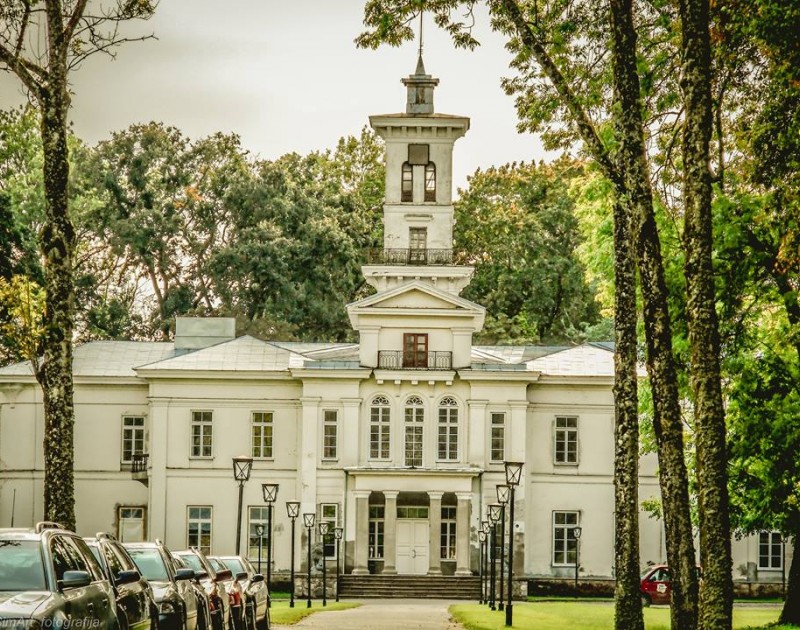