Lamokėliai St George Chapel was built in 1726, by local people, rebuilt in 1928.

The chapel belongs to Vabalninkas the Assumption of the Blessed Virgin Mary Church Parish and is a part of the tourist route - "Wooden Churches and Chapels of Biržai Region".

According to a legend, the girl was walking on the road, one early morning and saw a rider on a white horse standing up on a hill. Everyone decided that it must had been St. George who appeared to the girl. And so, his appearing site became the place where the new chapel was constructed. The chapel was named after St. George. From that day on, the Feast of St. George is alwasy celebrated in the chapel. Later, in Autumn, a special St. Francis Market was also started to be held in Lamokėliai chapel. 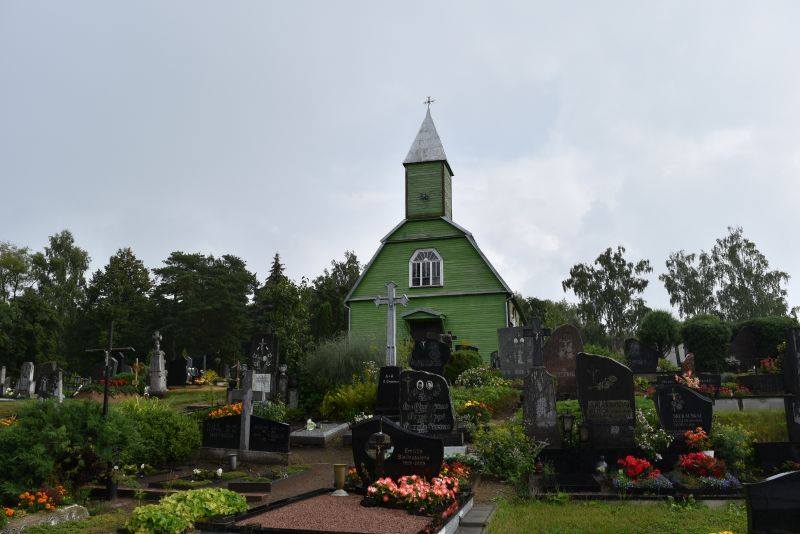