Places to visit
SINKHOLES
gap
In Biržai region, people avoid uttering a common swearing expression: ‘Kad tu prasmegtum!’ (Literally: Be swallowed by the Earth) even to a foe because it may come true... Circulating ground water may dissolve gypsum, sandstone, or dolomite bedrock, gradually forming spaces and caverns known as karst sinkholes. The total number of sinkholes in the district is estimated to be more than 9,000 and the number is still increasing.
-

Karajimiškis Landscape Reserve is situated around 3 kilometres west of Biržai. This area is unique because of the highest density of sinkholes (more than 200 items per sq. km). The reserve boosts the most famous and largest sinkhole in Lithuania, called Cow’s Cave (Karvės Ola). The story goes that once a cow was swallowed by the earth leaving only a stub of its chain at the rock. The Cow’s Cave is a funnel-shaped, almost round sinkhole. According to speleologists, it appeared around 200 years ago. It is 10-12 metres in diameter and around 12.6 metres deep. An opening is at the bottom of sinkhole. At the depth of 9 metres, there are five branches (Wet Cave, Narrow Hole, Bat Hole, and Toad’s Cave) and a lakelet 1.5 metre deep. The Cow’s Cave is still actively developing. Its parameters, the length of holes, the form of sinkhole, and other cavities are changing. 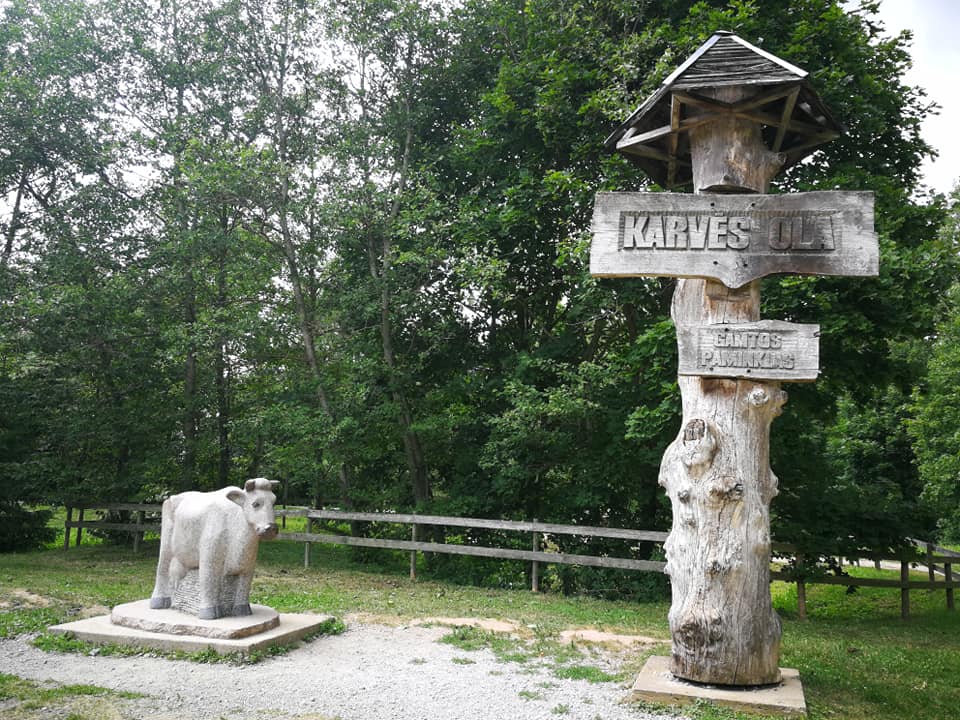 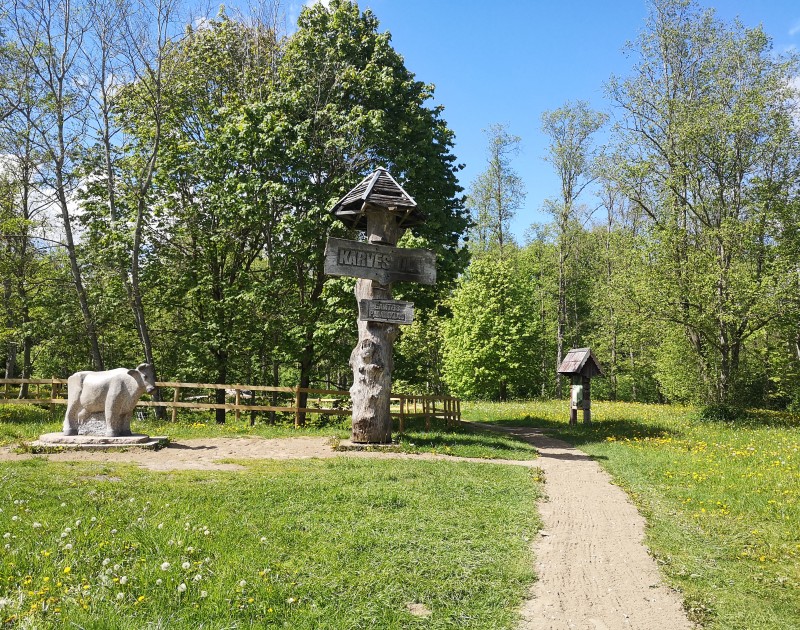 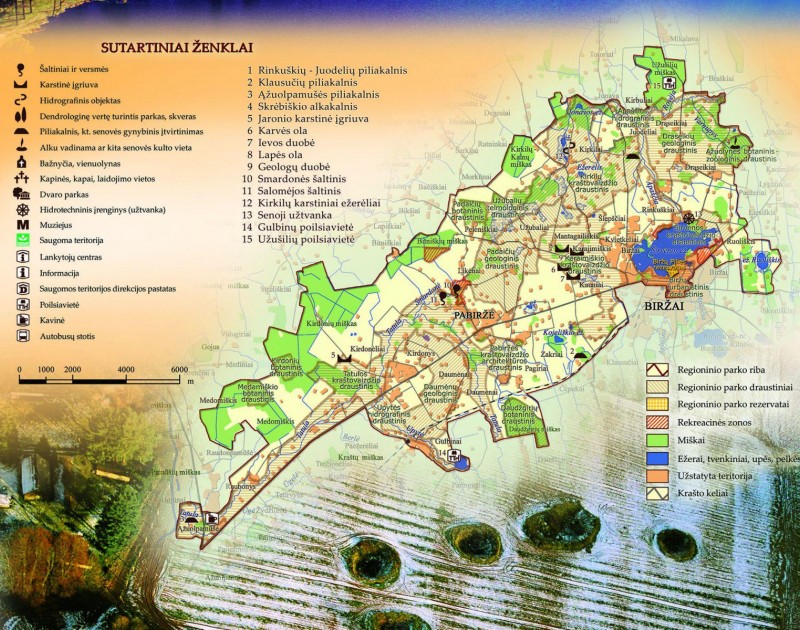 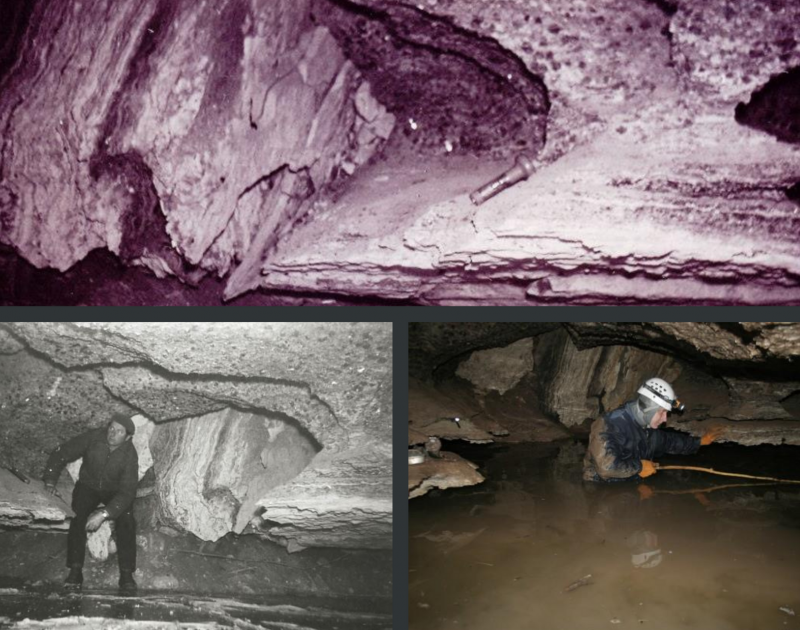 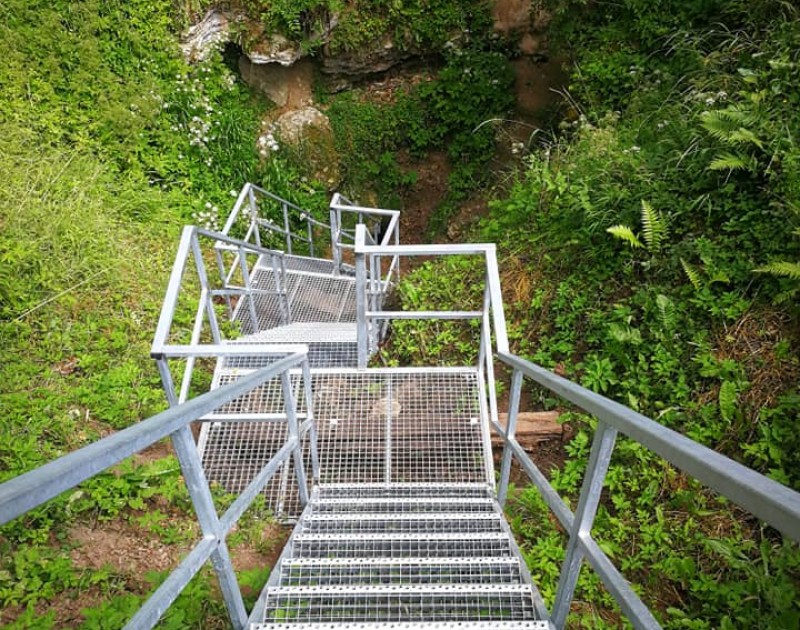